March is dedicated to recognizing the contributions and achievements of women across the nation. Women have long fought for their rights throughout history, but it wasn’t until 1978 that Women’s History Month was celebrated.

It started out as a week-long celebration in Santa Rosa, California and would gain attraction throughout the nation the following year. Two years later, President Jimmy Carter declared the week of March 8th, National Women’s History Week.

This year’s theme is “Valiant Women of the Vote: Refusing to be Silenced.” Women for too long have been forced to stand in the back and not receive the same recognition and attention that men do. Our society is entering a period where that is no longer being accepted, and women are finally getting a chance to shine and use their voices.

This blog posts will highlight some incredible women who have impacted our community right here in Oklahoma throughout the years! 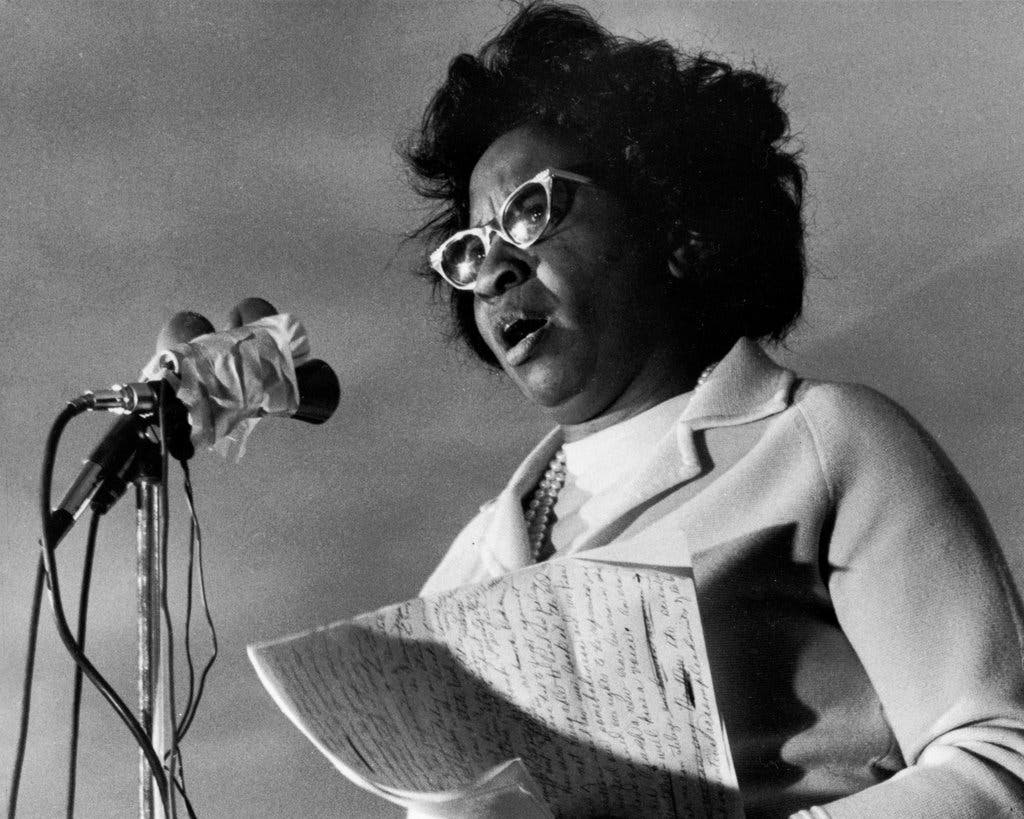 Clara Luper was born in 1923 in Okfuskee County, Oklahoma. After receiving her bachelor’s degree from Langston University, she would attend the University of Oklahoma (OU) for her masters. She was the FIRST African American to be admitted into the graduate history program at OU.

On August 19, 1958, Clara staged a “sit-in” at an Oklahoma City drugstore to protest segregation. This sit-in would launch the nation’s sit-in movement which fought to end segregation throughout the United States. Throughout this time, Clara was right there participating in marches and demonstrations and was even jailed at times while fighting for Civil Rights.

When Sylvia Pollard Driggins was just two years old she lost her mother. To help her heal, Sylvia relied on singing. At 16 years old she competed in a contest hosted by civil rights icon, Clara Luper. The contest would open many doors for her.

Sylvia worked as a music teacher in Oklahoma City and spent years volunteering in churches, helping young children. “I always say if I can touch one child, I can change a whole generation of children because I’m passing on what God has given to me,” said Sylvia. 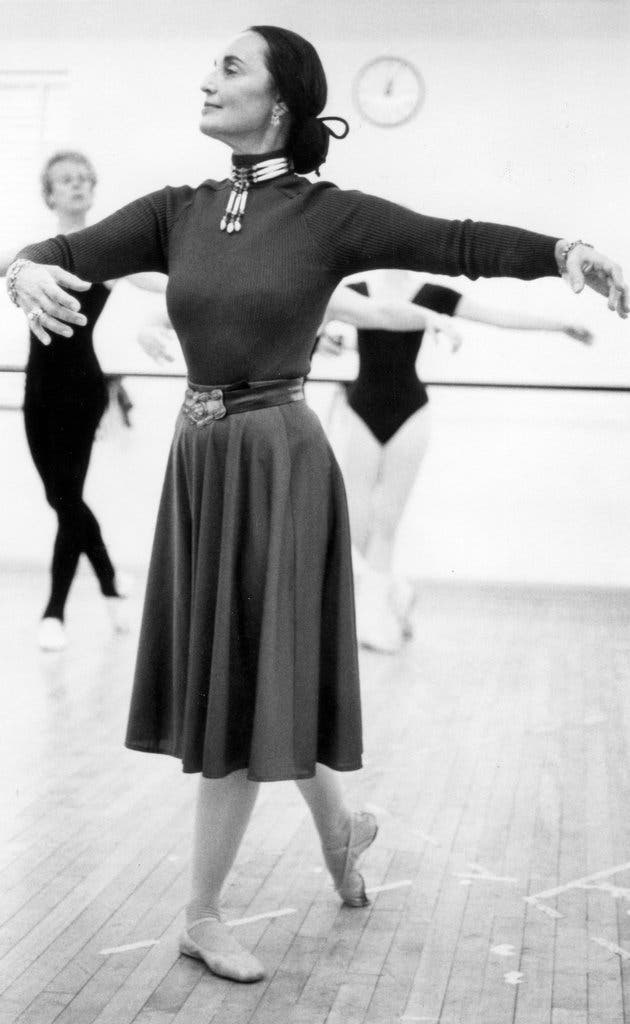 Moscelyne Lake was born on January 14, 1925, in Miami, Oklahoma. Her mother was a dancer from Russia and trained Moscelyne in ballet until her teens. Her mother’s training would lead her to join the Original Ballet Russe, who she toured with through Europe and the Western Hemisphere.

After her time with the Original Ballet Russe she often performed at Radio City Music Hall in New York City. Her husband and her moved to Tulsa, Oklahoma to raise their family and open their own ballet school, the Tulsa Ballet Theatre.

Moscelyne was inducted into the Oklahoma Hall of Fame in 1978. Her impact on dance in Oklahoma has a lasting effect. She passed away on April 25, 2012. In 1991 Oklahoma artist Mike Larsen immortalized Moscelyne Larkin Jasinski, Shawnee-Peoria, along with four other Oklahoma Native American ballerinas in his 20-foot mural, Flight of Spirit, which hangs in the state capitol rotunda in Oklahoma City. She passed away on April 25, 2012.

Donna Shirley was born in 1941 in Pauls Valley, Oklahoma. After reading The Sand of Mars at the age of 12, Donna decided she wanted to go to Mars. By fifteen, she was taking flying lessons and the next year was flying solo.

After high school, she attended the University of Oklahoma as an engineering student. It was in college that she was told, “Girls can’t be engineers.” But this didn’t stop Donna.

While at OU, she studied flying and obtained her pilot’s license, received a degree in technical writing and later in aerospace/mechanical engineering. She would complete her master’s degree at the University of Southern California.

While working for NASA, Donna was the only woman with an engineering degree among two thousand engineers. She would become the first woman to manage a NASA program.

For her tremendous work, Donna was inducted into the Women in Technology International Hall of Fame in 19977 and the Oklahoma Aviation and Space Hall of Fame in 1998. She received NASA’s Outstanding Leadership Medal and the National Space Society’s Wernher Von Braun Memorial Award in 2001. 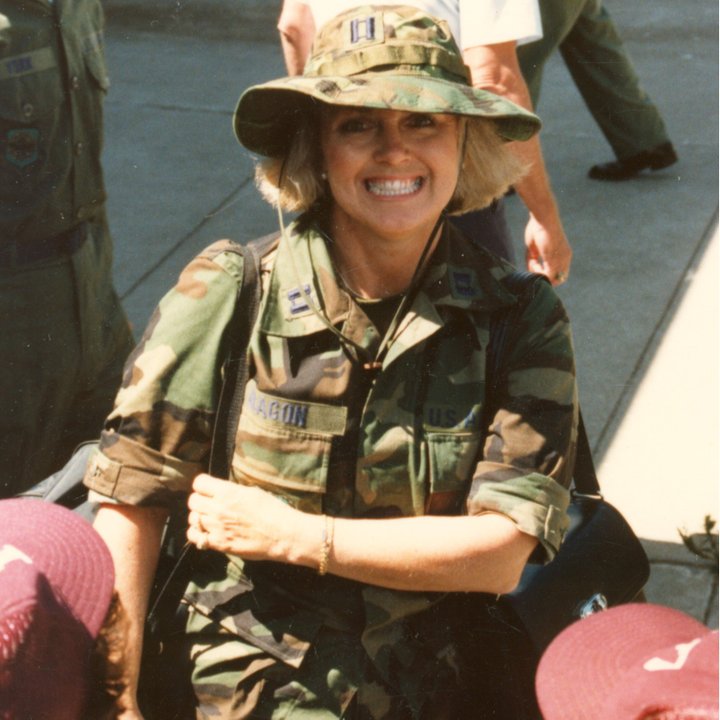 Rita Bly Aragon was born in 1947 in Shawnee, Oklahoma. Rita is most known for her military success but before that she was a beloved teacher. She taught kindergarten through seventh grade and was eventually named “Principal of the Year” in 1988 and 1992.