2020: The start of a new decade. It was supposed to be a time of excitement, new beginnings, growth and improvement. Instead, we got tragedies, natural disasters, protests, and of course, the COVID-19 pandemic. So, let’s start at the beginning and reflect on the wild ride that was 2020.

January: The Beginning of the End

January started off with nothing out of the ordinary! How were we to expect chaos in the following months? Then, Twitter started filling with World War III jokes after President Trump heightened tensions between the United States and Iran when he ordered a strike that killed a top Iranian commander. Our president was also impeached during January…yeah, I bet you forgot that! The fact that Trump’s impeachment doesn’t even make the top ten of biggest events of 2020 proves the insanity that was this year. Then, the world was shocked by the unexpected death of legendary basketball player, Kobe Bryant and his daughter. All while, a new virus was taking over China… 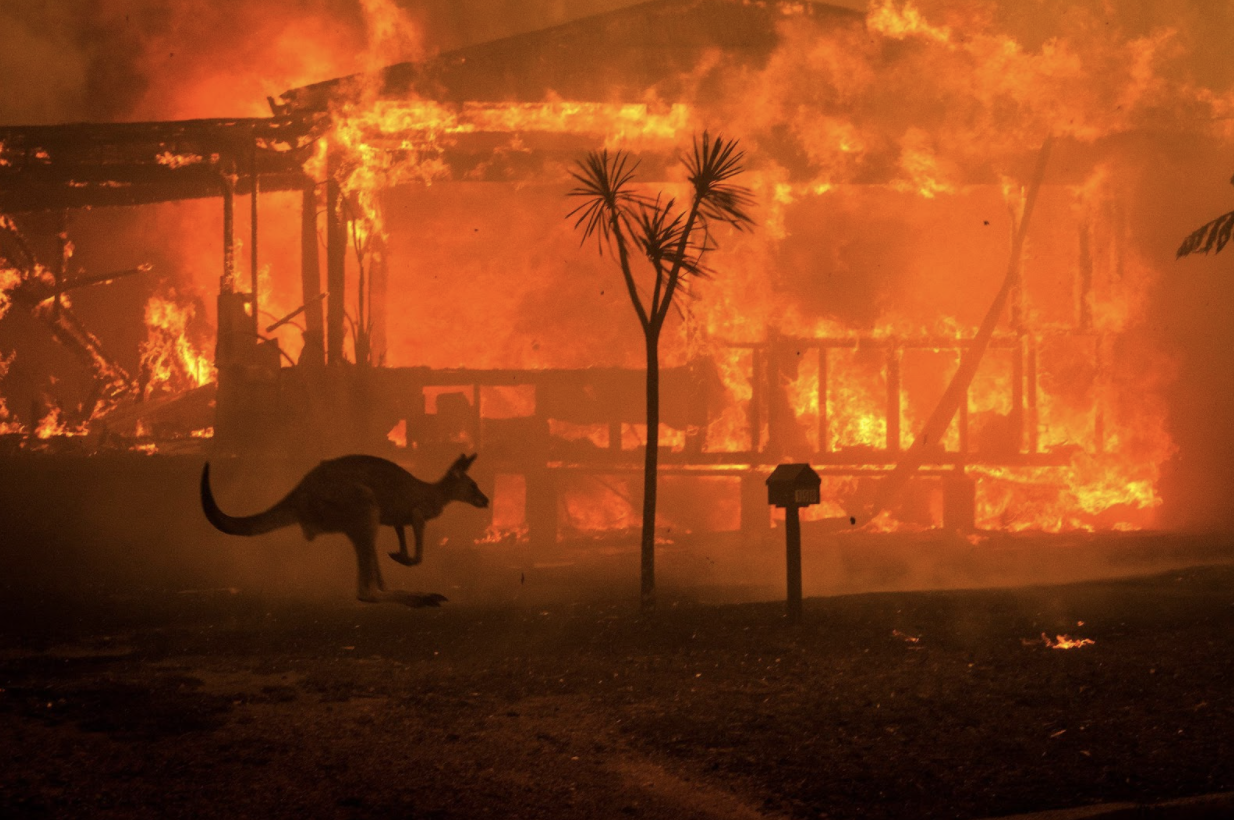 In the beginning weeks of February, Trump was acquitted in his impeachment trial. Harvey Weinstein was convicted of rape and sexual abuse, a huge moment for the #MeToo movement. Australia continued to battle the worst fire season on record, displacing millions of animals and burning millions of acres. The virus in China, known as the “coronavirus” was ravaging its way through the country and starting to spark fear among the rest of the world.

Ah, March. The month the world descended into chaos. The month where the world seemed to end. The month where all hell broke loose. Three months into 2020 and we were ready for the new year. The coronavirus, or Covid-19, had taken the world by storm. Countries went into lockdown, flights were grounded, businesses closed, and schools went virtual. The world became a ghost town. On March 11, the CDC officially declared the coronavirus a pandemic. There was over 800,000 cases worldwide and almost 200,000 of them were now in the United States. On March 12th, the New York Stock Exchange crashed, recording its worst day since 1987. On March 25th, it was announced that the 2020 Tokyo Olympic games were to be postponed until next year. People started working from home and Zoom became a norm of everyday life. The coronavirus was changing life as we knew it!

When the world shut down in March, it was unprecedented and terrifying, but we knew it could not last forever. As people tried to return to “normal” they realized that was almost impossible. Hand sanitizer was the hot commodity, face masks were required out in public, and most places were social distancing. The world was not the same as it had been before the lockdowns in March. The coronavirus continued to spread, with over 1 million cases of it in the United States alone by the end of April. 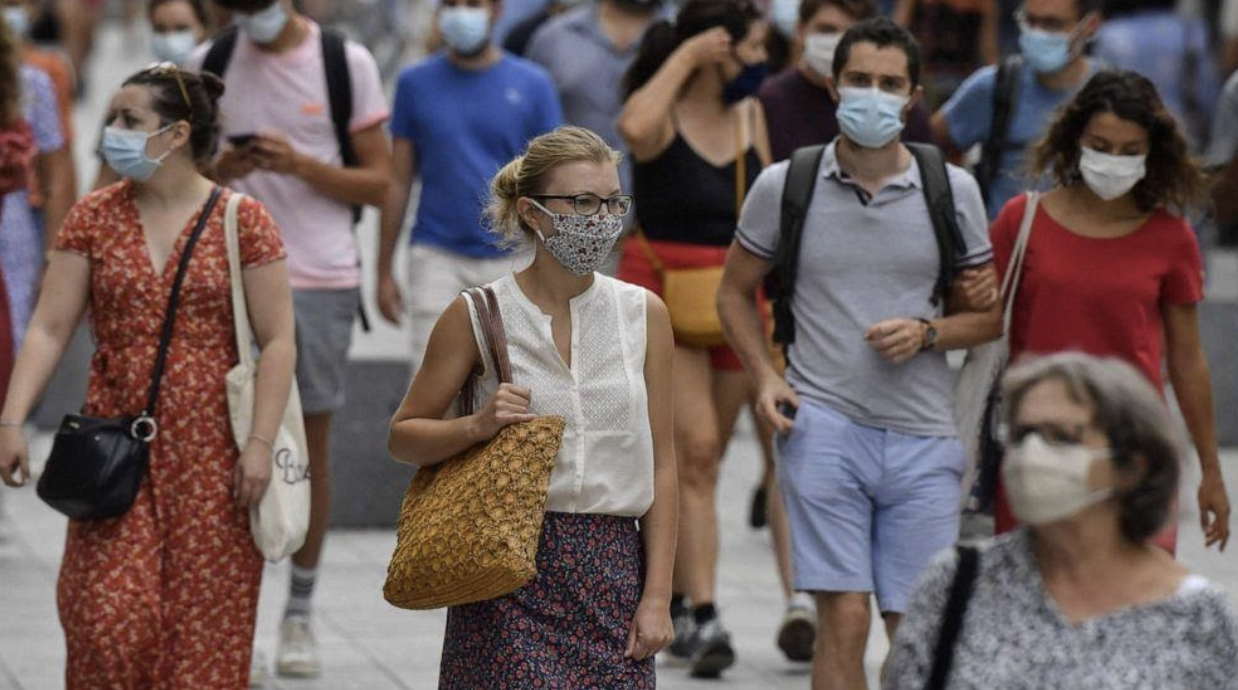 Breonna Taylor. Ahmaud Arbery. George Floyd. Remember their names. Remember their stories. Breonna Taylor was shot and killed in her own home when officers botched a raid as part of an investigation into drug deal operations. Police found no drugs in her apartment. One officer was charged with wanton endangerment and the other two faced no charges. No one was charged for Breonna Taylor’s death. In early May, a video went viral of Ahmaud Arbery going out for a run in a neighborhood only to be shot and killed by two men who deemed him “suspicious”. The event had actually happened in February, but the viral wasn’t leaked until May. The two men who had fatally shot an innocent man were not arrested until AFTER the video gained national attention. Just weeks later, George Floyd, an unarmed black man, died after aggressive and excessive force by the police. An officer kneeled on Floyd’s neck for nearly nine minutes as he cried out that he could not breathe. The death of George Floyd sparked protests across the country, most were peaceful, while some turned violent, but they were all fighting for the same thing: justice and equality for African Americans, police accountability and a reform of the entire justice system. 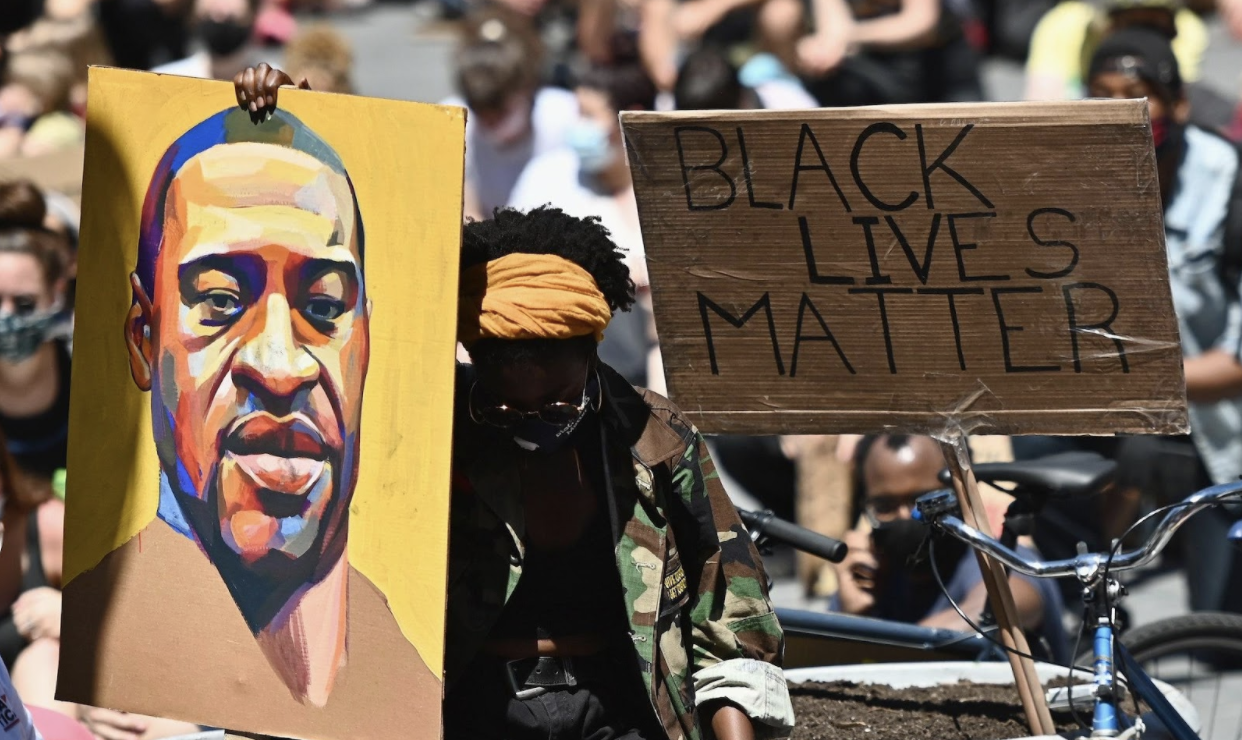 Black Lives Matter protests continued to spread across the nation and even globally. Countries across the world filled their streets as part of the movement. In the United States, cities slashed police department budgets and made an effort to reform their system and hold more officers accountable for their actions. People began taking to the streets and tearing down confederate flags and statues of men who had benefitted off slavery. The coronavirus was still raging on with over 2.5 million cases in the United States and over 10 million cases worldwide.

What would America be without our beloved sports? Over halfway through the year sports were resuming, but their seasons would look different from anything before. The Big Ten and Pac-12 college football conferences announced they would only be playing their conference games in the fall. The NFL dropped all preseason games and revealed their coronavirus guidelines for the season. Major League Baseball began their reduced season of 60-games. And the NBA resumed their 2019-2020 season, which was abruptly ended in March due to the coronavirus, in what became known as the “NBA bubble”. Due to Covid-19, games would look different from all previous seasons. Across all sports, there would be no fans or limited numbers and teams had to constantly work around Covid-19 exposures and game cancellations.

August: The First Women of Color on a Presidential Ticket 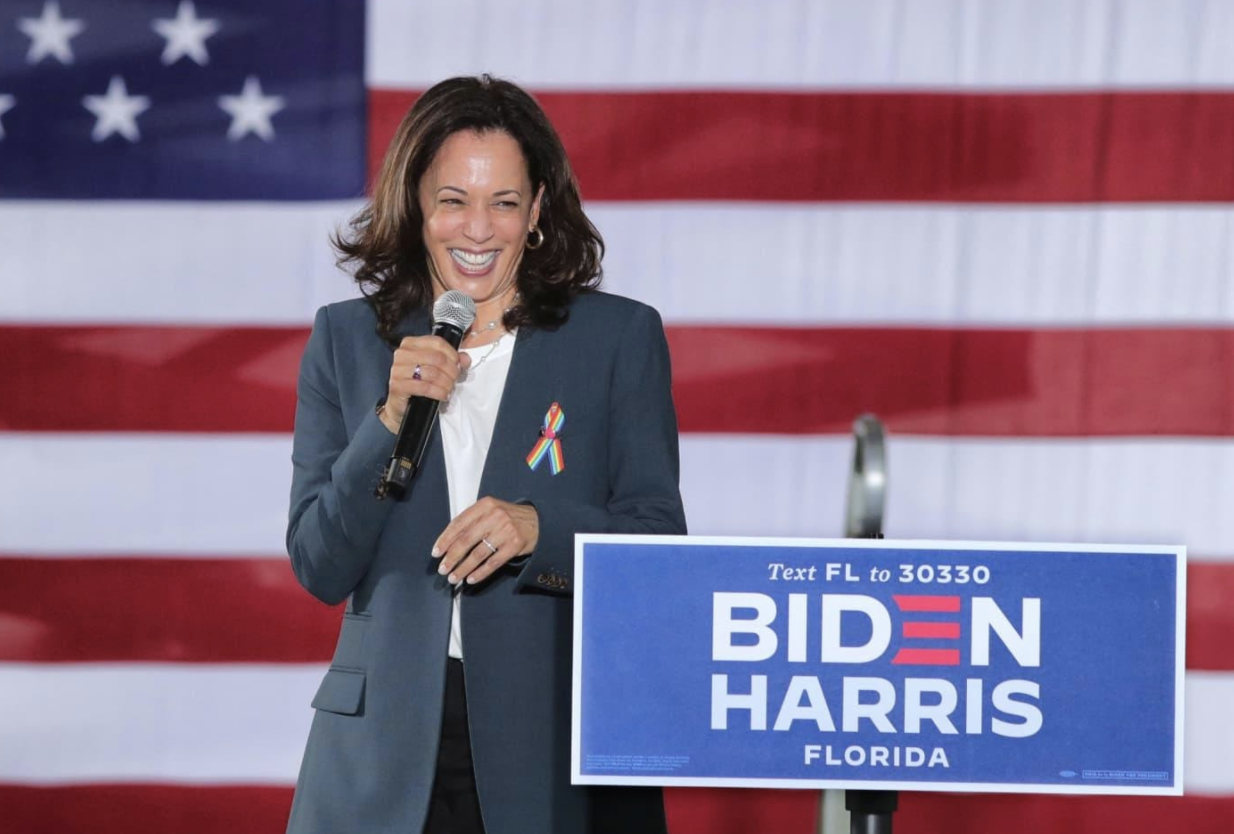 What a monumental moment in American history! On August 11th, Joe Biden announced his vice-presidential running mate, Kamala Harris. She would become the first woman of color on a presidential ticket, and spoiler alert…the first woman vice president! On August 4th, Beirut, Lebanon experienced a devastating explosion. The explosion caused by the unsafe storage of ammonium nitrate resulted in 204 deaths, over 5,000 injuries, and $10-15 billions of property damage. The explosion was catastrophic for the city and people of Lebanon. The world was shocked once again by the unexpected death of actor Chadwick Boseman, most famous for his role as the Black Panther. He died at the age of 43 after battling colon cancer, which was unknown to the public.

Fires raged on in California and along the west coast, and by September, California set a new record for destruction by wildfires, with 2.1 million acres burning. Four of California’s top five largest fires were in 2020. In Oregon, more than 1 million acres burned, and more than half a million people were forced to flee from their homes. At least ten people were killed in Oregon and 31 people in California due to the wildfires. On Sept. 18th, the sad news was announced of Supreme Court Justice Ruth Bader Ginsburg’s death. She served on the court since 1993 and was an advocate for women’s rights, same-sex marriage, and equal rights.

Just days into October, Donald Trump and Melania Trump announced they had tested positive for Covid-19. The president was rushed to Walter Reed National Military Medical Center for treatment, and three days later was released. As the president battled Covid-19, so did the rest of America with cases surpassing 8 million. 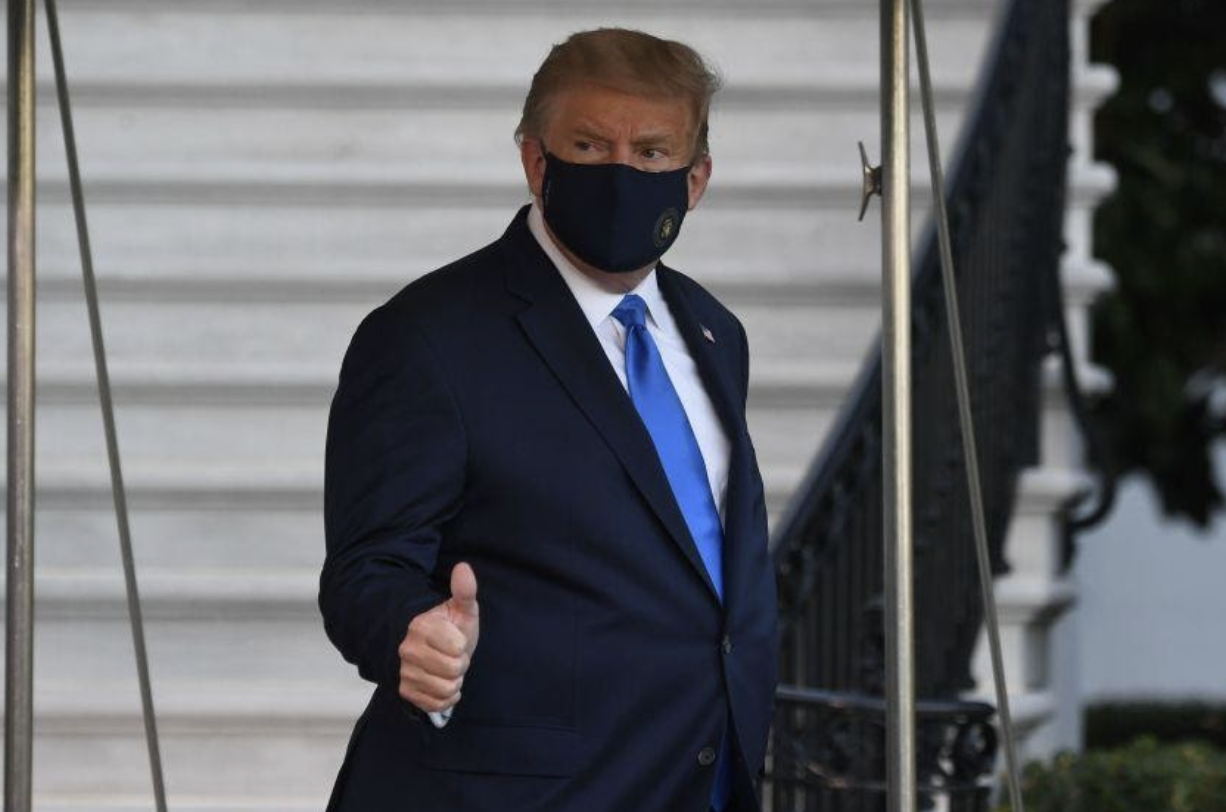 Donald Trump’s presidency came to an end on November 7th when Joe Biden defeated him. Well, it wasn’t as much an election night, as it was more of an election week. But after all the votes were counted, it was confirmed that Joe Biden would be the 46th president of the United States. Trump seemed to be in denial of the results, announcing voter-fraud and that he was the real winner. He joined lawsuits in several states to stop counting votes and pushed judges and state lawmakers to ignore the voters’ decision and award him the electoral votes needed to win the presidency. In the end, several weeks after election night, President Trump finally announced he would leave the White House when it is time. 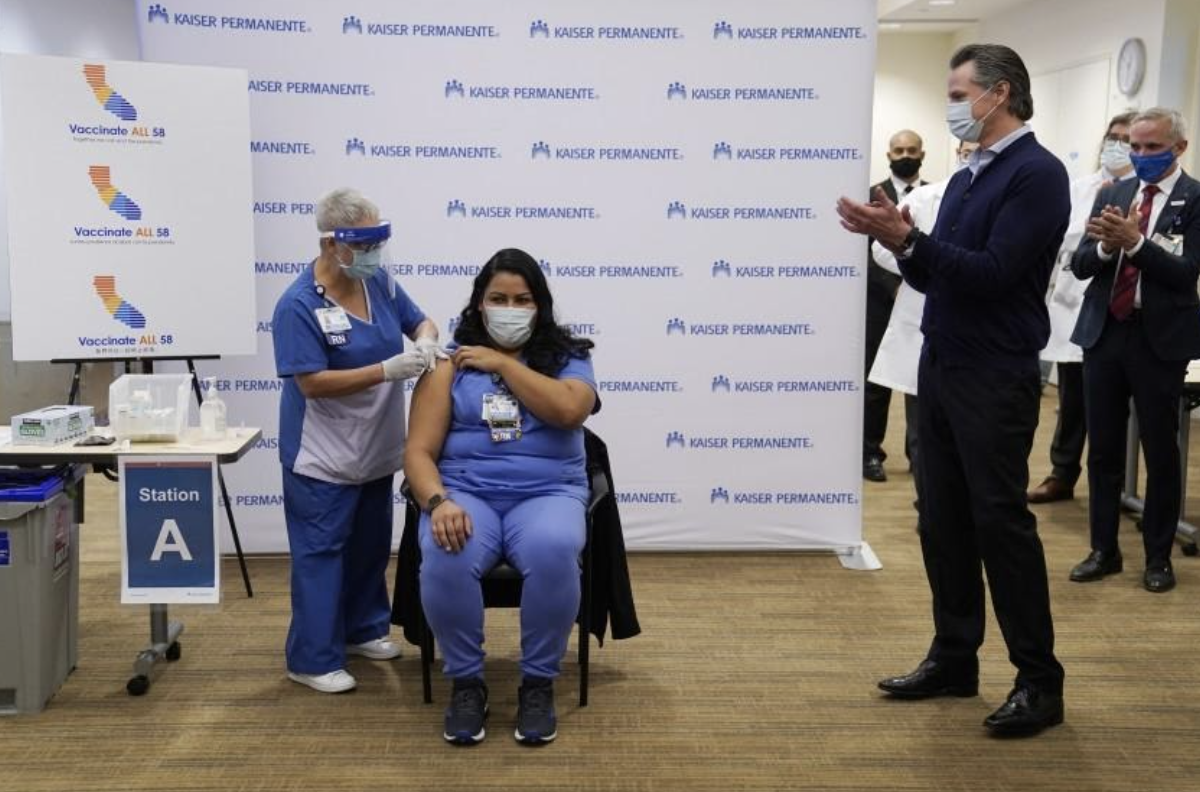 It has been a tough year, no doubt, but we finally made it to the end and with some good news! On December 11th, The U.S. Food and Drug Administration authorized the emergency use of the Covid-19 vaccine. Three days later, on December 14th, the first Covid-19 vaccinations started in the U.S. The vaccine is a sign of hope to a brutal virus that has killed more than 300,000 people in the United States and 1.69 million people worldwide.

Here’s to resilience, bravery, dedication and perseverance. The year was difficult and had many downs but through it all people fought back and survived. With happiness we say goodbye 2020 and hello 2021.