Ever heard of luxury fashion brand Gucci or Quaker Oat’s Aunt Jemima or the NFL’s Washington Redskins? You probably have as they are some of the largest brands today, but what do they have in common? Unfortunately for them, each brand has engaged with racist advertising.

During February of 2020, which also happens to be Black History Month, giant fashion brand Gucci released a sweater that depicted blackface. In the advertisement, a white model wears a black turtleneck that covers the bottom half of her face with a hole for her mouth. Gucci quickly removed the sweater from its website and issued an apology, but many people felt that wasn’t enough. Gucci reasoned that they didn’t know the design was racist, but it seems ridiculous for big brands such as Gucci to claim ignorance as an excuse for their mistakes when fighting racism is at a peak. 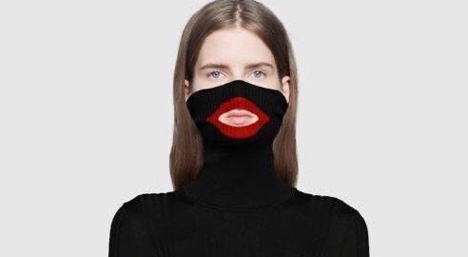 While Aunt Jemima has long held a family-friendly image for the perfect Sunday breakfast, its origin is quite darker. In its early days, Aunt Jemima depicted a “mammy,” a black woman who would take care of her white master’s children. Quaker Oat’s website states that Aunt Jemima is based on Nancy Green, a woman known for her “storytelling, cooking, and missionary work.” However, they fail to mention Green was born into slavery. Others have traced Aunt Jemima’s origin to an old song, “Old Aunt Jemima,” that played in minstrel shows. In these shows, white men performed as African Americans with their faces painted black with exaggerated facial features. The exact source of the brand may be unclear, but it is evident that Aunt Jemima is based on a racial stereotype of black women as domestic servants. 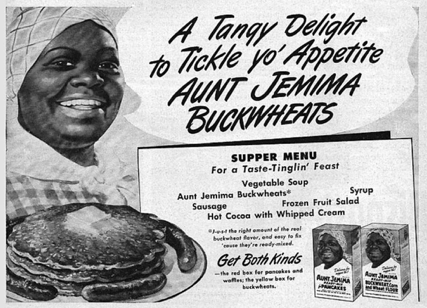 Football consumes weekends: Saturdays for college football and Sundays for the NFL. The NFL TV networks alone pulled in billions of advertising revenue during last year’s season. While the NFL spends hundreds of thousands of dollars on ads, they are promoting teams with controversial names such as the Washington Redskins. The Redskins have long dealt with backlash because of its derogatory reference to Native American’s skin color. Native American activists and others have long fought for the removal of the Redskins logo and the changing of the team’s name and yet the NFL has continued to profit off a racist term for a marginalized group. 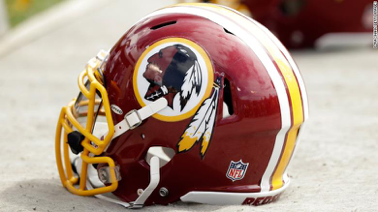 Advertising has long had instances of racism throughout its history. Just look up ‘racism in advertising,’ and you will find a long list starting from the early ages of the industry. These are only a few of many examples of huge brands releasing and profiting off racist advertisements. It’s troubling to see how so many large brands profited for so long off racist ads, but in the era of the Black Lives Matter Movement, there seems to be a change among major brands finally acknowledging and owning up to their racism.

While Gucci’s apology was subpar, the response to it showed how people are not letting major brands quietly get away with their mistakes. Gucci received intense backlash online, and major celebrities announced their boycott of the brand. As a result, Gucci has worked hard on expanding diversity within its brand by hiring more diverse candidates, setting up multicultural scholarships, and launching programs to raise awareness and promote inclusion.

Aunt Jemima and the Washington Redskins recently announced they would be changing their name and logo. The announcement of the name and logo changing is a significant moment for the advertising industry. Aunt Jemima and the Washington Redskins have successfully sold themselves for decades. As two giant brands, they are setting an example for the rest of the advertising industry that it is possible to reinvent. For too long and too often, brands have profited off racism without any consequences. There is hope that the advertising industry is moving in the right direction and will continue to grow and learn from its past mistakes.